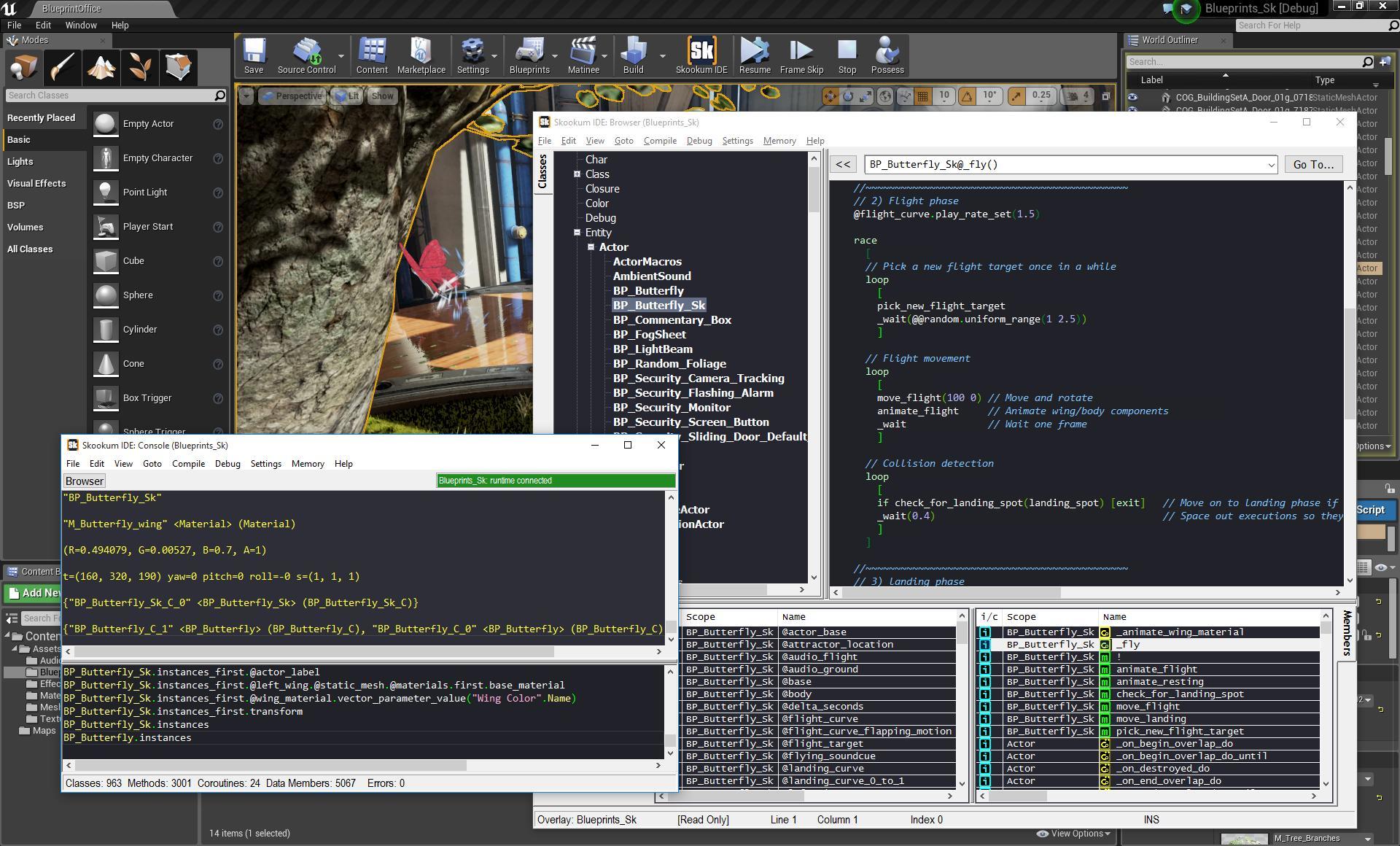 Fasten your seat belts and charge your flux capacitors—the update you have been waiting for has arrived! We’ve added a load of cool new features that integrate SkookumScript with the Unreal Engine more smoothly and deeply than ever!

Please tell us (on this forum) if you encounter any glitches or have trouble setting up or running this update!

How to get the new beta release into your megalomaniacal clutches